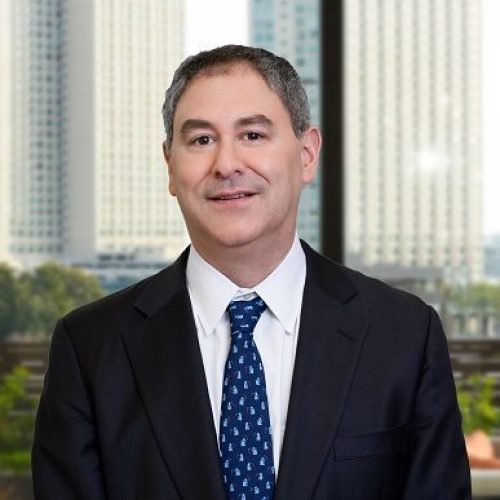 Ralph M. Stone is recognized as a leading lawyer in the securities litigation, investor rights, and international discovery fields.  He has represented public and private companies, hedge funds, and other institutional investors in a wide variety of commercial litigation in courts around the country and in FINRA and American Arbitration Association arbitrations, on creditor committees in international bankruptcies, and in various other forums.  He actively represents and advises private banks and other non-U.S. institutions in major securities litigation, and he regularly represents and advises them in various hedge fund disputes and matters arising from collapsed funds.  He also represents securities industry whistleblowers before the SEC and CFTC, helping whistleblowers maintain their anonymity in presenting tips and helping them to secure financial awards as a result of their whistleblowing.

From 1990 to 1992, Mr. Stone was associated with the international law firm Mayer, Brown & Platt, where he was involved in a variety of commercial litigation.  He was an associate at the law firm of Milberg Weiss from 1992 until 1997.  At Milberg Weiss, he focused on the representation of investors and consumers in litigation involving the federal securities laws, consumer fraud statutes, and the fiduciary obligations of corporate officers and directors.  From 1997 through 2018, Mr. Stone was a partner at the firm of Shalov Stone & Bonner LLP, which he co-founded, and which later became Stone Bonner & Rocco LLP.

Mr. Stone has been involved in a large number of mass actions, collective actions, and class actions.  Among other achievements, Mr. Stone obtained the first-ever class certification against a foreign government in Urban GmbH v. Republic of Argentina, in which he represented holders of defaulted Republic of Argentina bonds.  He has represented a group of more than 100 bondholders of an Uruguayan bank in claims against the bank’s former directors who reside in New York. Also, he has represented high-profile hedge funds as well as European and Asian funds in major securities fraud actions.

He also has been involved in a wide variety of securities arbitrations and other commercial cases relating to the securities industry.  He has represented a listed company in a dispute with an investment banking firm before the American Arbitration Association and has represented investors with fraud, suitability, and deceptive practice claims against both electronic brokerage firms and traditional brokerages in FINRA arbitrations.

He has, on several occasions, served as a court-appointed receiver or fiduciary to protect and distribute funds in various insider-trading disgorgement and other cases brought by the SEC.

In addition to the wide variety of matters relating to securities and financial services, Mr. Stone has also played an active role representing victims of terrorism, including participating in the Linde v. Arab Bank litigation (E.D.N.Y.) on behalf of victims of terrorism who obtained the first verdict ever against a financial institution for providing material support to a terrorist organization’s attacks on Americans, and participating in briefing in connection with various actions seeking to enforce terrorism-based judgments against Iran, including in Peterson v. Bank Markazi, which resulted in a recovery of over $1.8 billion for victims of the 1983 Marine Barracks bombing in Beirut, Lebanon.

Mr. Stone has actively litigated consumer protection class actions in courts around the country. For example, he played a principal role as lead counsel in In re Cablevision Consumer Litigation (E.D.N.Y.), recovering benefits of more than $28 million for cable TV subscribers who were denied access to certain Fox network-affiliated channels during a 2010 carriage dispute between Cablevision and News Corp., and Health Science Products LLC v. Sage Software SB, Inc. (N.D. Ga.), recovering $5.5 million on behalf of a class asserting that software was buggy and defective.  He has also served as a lead counsel and made substantial recoveries for classes in many consumer protection cases, including in cases alleging that various finance charges imposed by banks, credit card companies, and other lenders are deceptive or unfair, electronics products were defective, software was defective or invasive of privacy rights, sports memorabilia products were not genuine as represented, insurance products were improperly or deceptively marketed, and that insurance contracts were breached.

Mr. Stone was admitted to the Bar of the State of New York in 1991.  He is currently admitted in good standing with the following courts:

Mr. Stone is currently, or has been previously, a member of the following professional organizations:

Martindale-Hubbell: Martindale-Hubbell Peer Review Ratings, the gold standard in attorney ratings, have recognized lawyers for their strong legal ability and high ethical standards for more than a century. Mr. Stone has an AV rating which is awarded to only those lawyers with the highest ethical standards and professional ability, as established by confidential opinions from members of the Bar.

Super Lawyers: Mr. Stone is recognized as a Super Lawyer in Securities Litigation.  Thomson Reuters awards this recognition to the top 5% of attorneys who have obtained a high-level of professional achievement and are highly regarded by their peers.

Mr. Stone received his Juris Doctor degree from the University of Texas School of Law in 1990, where he was an editor of The Review of Litigation.  He received an A.B. in Philosophy from Columbia College, Columbia University in 1987.